Both mechanical microkeratomes and femtosecond lasers have their own advantages and disadvantages. Refractive surgery people continue to debate the benefits of these technologies over one another.

In this article, we have briefed the pros and cons of both mechanical microkeratomes and femtosecond lasers for the LASIK flap creation

Being a modern technology, femtosecond lasers have revolutionized the process of lamellar flap creation. They have superior predictability and accuracy. However, microkeratomes enjoy a competitive edge due to their affordability and versatility.

In spite of the higher costs, the femtosecond laser devices’ market share will continue to increase, according to various random studies. The manufacturing companies sell about 1,000 femtosecond laser systems every year.

In mechanical microkeratomes, high or ultra-precision oscillating-blade arrangements anchor to suction rings. Holding the cornea under high pressure, this system creates a lamellar corneal flap. These devices have a proven track record and safety record for LASIK flap creation.

A femtosecond (FS) laser is a near-Infrared laser. It has a wavelength of about 1.053 microns. Typically, it has a femtosecond range of pulse durations.

In cataract surgeries, a femtosecond laser mechanism emits multiple bursts of laser lights rapidly. This separates the tissues at molecular levels (micro activation) in the cornea, at specific depths.

Typically, each burst produces a bubble, that leaves about 2 – 3 cubic µm of cavitation volume. Across the cornea, thousands of bubbles are created in a raster pattern. This defines the interface medium between the stromal bed and flap.

After that, the bubbles are stacked starting from the interface edge to the epithelium. This completes the creation of flaps.

Mechanical microkeratomes have some advantages of their own including:

In fact, Jose Barraquer and Cesar Carlos Carriazo invented microkeratome technology in the 1950s at Columbia. FDA approved IntraLase (laser flap maker) in 1999. Since then, surgeons have performed thousands of surgeries with this technology.

Typically, the microkeratomes can create flaps in less than 30 seconds, from suction-on time to suction-off time. This is done without moving the bed of the patient, just before the excimer ablation.

On the other hand, the IntraLase system (4th Gen. 60 kHz) takes about 30 – 45 seconds of the time of suction-on, to create the flap. However, the laser operation to create a flap requires only about 15 -20 seconds.

In some excimer designs, it is not possible to use the same surgical bed for both flap creation (femtosecond laser) and excimer ablation. Therefore, the medical team has to shift the patients to different rooms or beds for each process.

In microkeratomes, mechanical systems are deployed to make cuts through the opacities. Hence, the process is easy, fast, and less complicated.

On the other hand, Femtosecond lasers can cause vertical gas breakthroughs during flap creation. This is especially true when an incisional surgery is performed before or the cornea has anterior stromal opacities.

The instance of DLK was higher in Early generation femtosecond lasers. However, the modern IntraLase system (60khz) has significantly reduced the occurrence of OBL, TLS, and DLK issues

Femtosecond laser systems do have alternative options. It is up to the patients and their doctors to decide which procedure to go, based on cost and medical conditions.

Femtosecond Laser systems have many advantages including:

In femtosecond laser systems, mechanical blades are not used. Moreover, they are fully guided by computers and related software in the modern world. Therefore, the possibility of flap-related complications is almost nil.

On the other hand, mechanical systems use physical blades. So, the chances of flap-related problems are comparatively high. These blades may malfunction or even stop working during the surgery due to various reasons.

However, modern technologies have helped to reduce such occurrences to significantly lower levels.

In femtosecond laser systems, the doctors can change the hinge locations through the software interface. Examples of hinge positions include temporal, superior, nasal. Typically, this flexibility is beneficial while treating different conditions.

However, mechanical microkeratomes do not offer this flexibility. The surgeons have to switch to different systems.

Comparatively, the chances of epithelial ingrowth are higher when microkeratomes are used to create flaps. These mechanical systems do not provide precise fine-tuning facilities.

Generally, the hinge widths and flap diameters are smaller on large, flat corneas and larger on narrow, steep corneas.

In femtosecond laser systems, the surgeons can precisely control both hinge width and flap diameter. Hence, they can easily work on different refractive errors and on different corneal sizes.

5.) Other Advantages of Femtosecond Laser Systems

In modern days, patients prefer femtosecond lasers over mechanical systems. In addition to those mentioned above, Femtosecond lasers have many other advantages. Some of those benefits include:

1.) The anxiety associated with the clinical procedure is comparatively less.

Being a modern, advanced technology, femtosecond laser systems have many advantages in various clinical situations. The flaps created using this technology result in more predictable, more consistent, and smaller changes in the biomechanics of the cornea.

However, mechanical microkeratomes have their own advantages. They incur less cost and have a proven track record of success. Depending on the cases and cost involved, the patients can discuss with doctors and select a suitable procedural method.

1.) How do mechanical microkeratomes work?

Typically, these devices work with two different and independent motors. One motor guides the oscillation of the blade. The other motor is used for the forward movement.
After cutting the flaps, the pendular heads move back to the originating position. This system provides smooth and precise cuts.

In the 1950s, Cesar Carlos Carriazo and Jose Barraquer invented these devices in Colombia.

3.) Is the LASIK (bladeless) procedure expensive?

In general, the modern bladeless procedures are more expensive than the traditional ones. The advanced laser system requires a heavy investment. In addition, the surgeons must be trained to use them appropriately. All these factors add to the costs of bladeless surgeries. 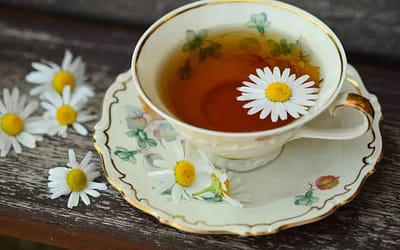 What Are the Health Benefits of Chamomile Tea?

Alcoholism – What to Know

Reasons Behind Sparks of Light (Photopsia) in Vision

What is Neurobion Forte?

Mesothelioma Commercial Ads – What to know?

What to Know About Mesothelioma Biopsy?

Biphasic Mesothelioma – What to Know?

We use cookies on our website to give you the most relevant experience by remembering your preferences and repeat visits. By clicking “Accept”, you consent to the use of ALL the cookies.
Do not sell my personal information.
Cookie SettingsAccept
Manage consent

This website uses cookies to improve your experience while you navigate through the website. Out of these, the cookies that are categorized as necessary are stored on your browser as they are essential for the working of basic functionalities of the website. We also use third-party cookies that help us analyze and understand how you use this website. These cookies will be stored in your browser only with your consent. You also have the option to opt-out of these cookies. But opting out of some of these cookies may affect your browsing experience.
Necessary Always Enabled
Necessary cookies are absolutely essential for the website to function properly. These cookies ensure basic functionalities and security features of the website, anonymously.
Functional
Functional cookies help to perform certain functionalities like sharing the content of the website on social media platforms, collect feedbacks, and other third-party features.
Performance
Performance cookies are used to understand and analyze the key performance indexes of the website which helps in delivering a better user experience for the visitors.
Analytics
Analytical cookies are used to understand how visitors interact with the website. These cookies help provide information on metrics the number of visitors, bounce rate, traffic source, etc.
Advertisement
Advertisement cookies are used to provide visitors with relevant ads and marketing campaigns. These cookies track visitors across websites and collect information to provide customized ads.
Others
Other uncategorized cookies are those that are being analyzed and have not been classified into a category as yet.
SAVE & ACCEPT
Go to mobile version